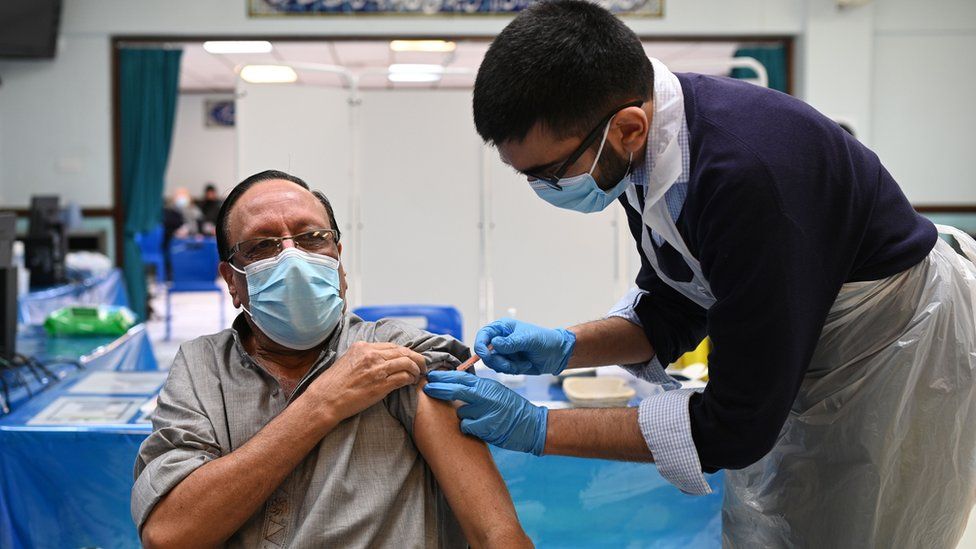 The Covid-19 vaccine rollout in England has entered a new phase, after the prime minister said the most vulnerable groups had all been offered a jab.

Wales has also offered the vaccine to those top four priority groups - and the PM is expected to say the target has been met across the UK later.

In total, more than 15 million people in the UK have had their first dose.

The rollout in England is now being officially expanded to the over-65s and younger people in at-risk groups.

It is 69 days since the UK began its mass vaccination programme - and six weeks since Boris Johnson said he hoped "with a fair wind in our sails" to be able to offer a first dose to the four priority groups by 15 February.

That meant vaccinating all elderly care home residents and their carers; everyone over 70; all frontline health and social care workers; and everyone with a condition that makes them extremely vulnerable to the virus - a total of 14.6 million people.

Mr Johnson said it was an "extraordinary feat" to have been able to offer a vaccine to all these groups in England and Wales and the country can go forward "with great confidence".

But while the UK's vaccination rate is third in the world, behind only Israel and the United Arab Emirates, there have been reports that some people in priority groups - including those who are housebound - are still waiting for their first dose.

As well as the over-65s, the next group to be offered the vaccine is the estimated 7.3 million people aged 16 to 65 with a range of health conditions that put them at risk from the virus.